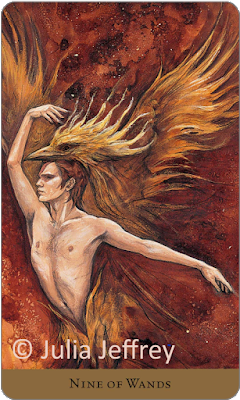 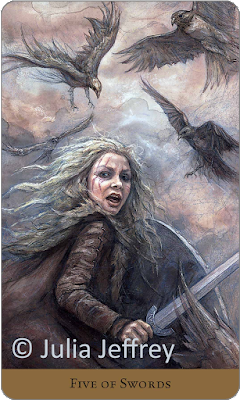 
For me, this means I have to sit with these returning thoughts of not being good enough again and learn to recognize them once and for all as tricksters of the mind.
Geplaatst door Ellen op 12:10

Email ThisBlogThis!Share to TwitterShare to FacebookShare to Pinterest
Labels: daily draw, five of swords, nine of wands, self care, Self love, self worth, tarot, Tarot of the Hidden Realm